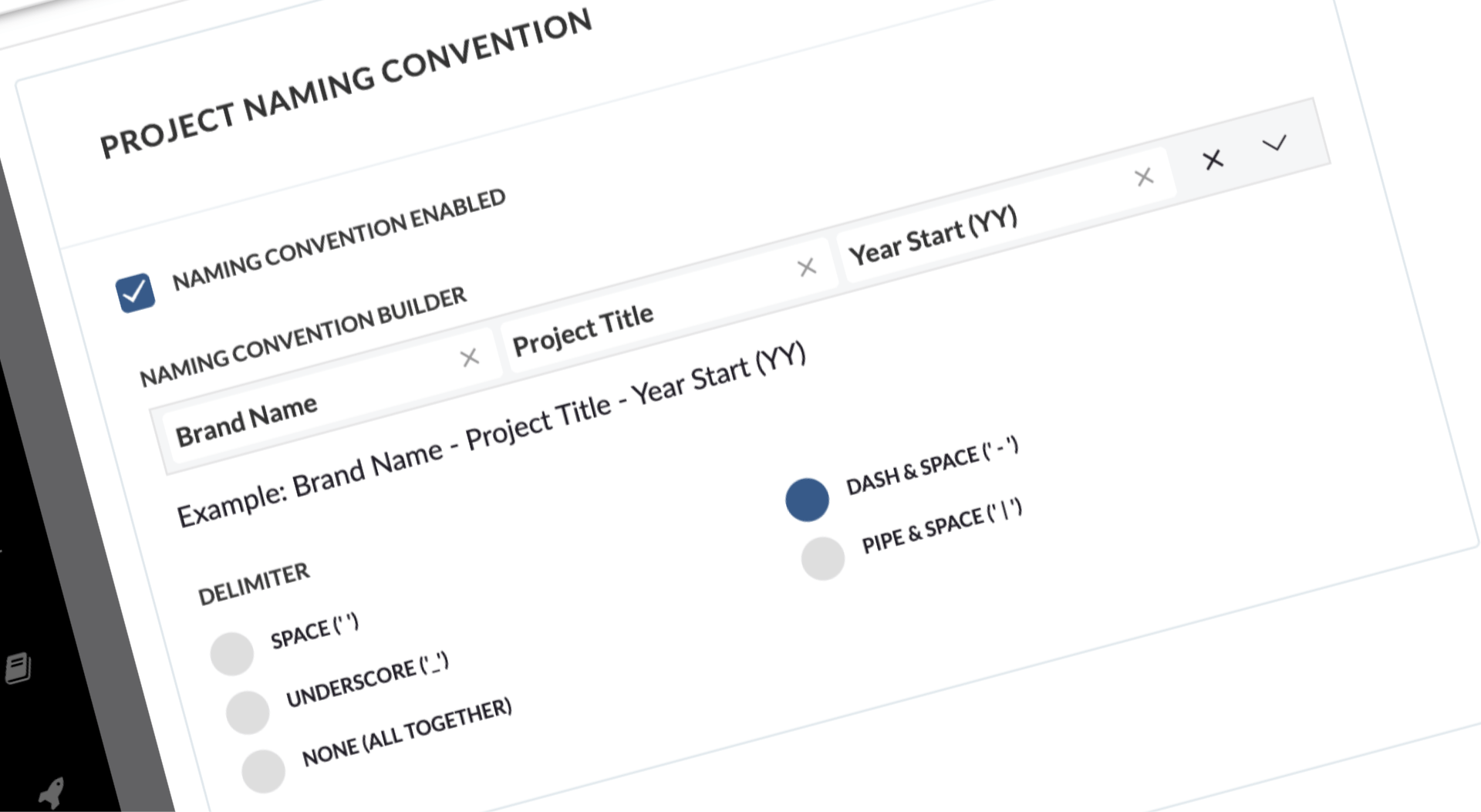 Why Use a Naming Convention for your Projects?

Formalising the naming of Projects according to a standardised convention is a difficult and extremely important aspect of Project Management. When Projects are named according to a system the right Projects can be identified by quickly scanning project titles, because the name itself can encode important “meta” information about a project such as a Client, Brand or Project Finance Type.

For example, if you are developing several Projects for a Brand campaign, or for the same client – it makes sense to include the name of the Brand and Client in the Project Title. Similarly, it might be useful to be able to identify the financial information about a project by including a Projects finance type or category in the name of the project.

Standardised naming conventions gives team members a common way to refer to projects and re-enforces the underlying system of Project Management in use.

Sometimes strict naming conventions may be required to integrate two separate systems – for example, Pulse and an external finance or production system – to ensure that they can “match” items in each system.

We are introducing the ability to make naming conventions automatic for an Office or Agency because enforcing conventions around the naming of Projects can be difficult.

This new feature will allow Offices(Agencies) to set up an automatic naming convention for Projects created using the Project Wizard. This ensures that all Projects created by the office will be named according to a system that optimal for this office.

How to Design Naming Convention for Your Office

In this first release of this feature, there are 6 fields to choose from:

The available delimiters are:

You can build the naming convention you want by combining these options, with the particular delimiter you require, in the order you require. For example:

Setting up your Project Naming Convention in the Address Book

Navigate to the Address book and Edit the Office and select the Advanced Settings tab. Scroll the modal until you see the Project Naming Convention Section:

Check the box Naming Convention Enabled -this will reveal further options to build your naming convention: